Dr. Robyn Siperstein has run Siperstein Dermatology Group, the 11-doctor practice she founded in Boca Raton and Boyton Beach, for 12 years—and it is still adding almost a thousand new patients every month. We caught up with Dr. Siperstin in March to talk about culture, marketing, hiring, growth and how to run a successful practice. Our conversation has been edited for length and style. 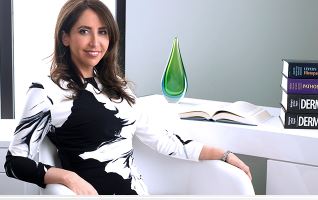 Working in the Community and Developing a Patient-Centered Culture has Kept This Dermatology Practice Growing.

‍Why did you go into private practice?

It has always been my personality to enjoy running my own businesses. In high school, I won a young entrepreneur award for selling my artwork. I also sold my artwork to make money throughout college and medical school. My great grandfather opened his own business when he got to the United States, so it has kind of been in my family. Since I am a perfectionist and want the best for my patients, I needed to have control to create that perfect environment to give the best care. I actually have partners now, but they're physicians who have the same outlook on creating best practices and an amazing culture. It's not money driven. It's outcome driven. You don't need money to be your first goal. That follows, as long as you put your patients first.

What barriers to starting a practice did you have to overcome?

It took me six months to get my Florida license, and then it took six months to a year to get credentialed, so that was the hardest part. Another big thing when I first started was that I asked my biller to make sure she was sending in the right code to get credit for a certain government requirement. But she, like everybody else, sent the code in with zero charges, and so it never went through and we lost money despite my request to call and double check it was done correctly. It's just so frustrating as a new business owner because you can’t do everything yourself and need to find trustworthy employees. You start at a negative day one, because you have to wait for collections to come in and so I was negative for the whole first year. I didn't start out in cosmetics, it's hard to do that and it was not my interest in the beginning. I quickly grew a following with my medical patients and then it naturally transferred over to cosmetics.

How did you finance your practice?

I worked for two years for another company and saved all my money. I didn't take a salary for a year,  I basically reinvested everything.

How did you build up your clientele?

As a doctor, it was bizarre to market and advertise. But I realized no one would know I was there. I started to talk to people who lived in the area and got feedback on what they read and what their daily life was like. A lot of them were older and wanted to help me and thought it was fun, so they would get me connections to advertise in their community. I realized there were a lot of people from 55-plus communities and that they each had their own newsletter. It was pretty inexpensive to advertise in their newsletters, so I would advertise open houses with appetizers along with my credentials and offered for them to meet me. It was easy after I got my first couple of patients, because they would refer all their friends after they saw how well they were treated in my practice.

I also did my homework. There were no other female dermatologists where I decided to open up, so it was a no brainer. Especially for full-skin checks. Women usually feel less comfortable getting undressed in front of men. Picking the right location by doing my homework and then introducing myself, spending time in the community, going to their events, it all helped. I would give a talk in front of 100 women and give them all goodie bags and a coupon for cosmetic services. Those events always went over really well.

Let’s talk about hiring. How did that work for you in the beginning?

That’s the hardest part, because the staff is an extension of you. The first thing people need, and the hardest to get, is front-desk staff. My husband gave me this thing: screen for aptitude and hire for attitude. That is really important. I started asking culturally based questions and I was surprised at the answers. I would ask a question like, ‘a patient in a wheelchair comes in and they had the appointment date and time wrong, what would you tell them?’ People would say, ‘We're not a walk-in clinic and they need to come back.’ No! Maybe I could see them during lunch, or maybe they are willing to stay. This patient is in a wheelchair. It's obviously hard for them to get there. You have to be compassionate. I realized that people are either born with that or they're not. That was a turning point.

The other turning point was being able to fire people who did a perfectly good job but who didn't fit into our culture. I literally got sick to my stomach the day I had to do it, but it was the best decision I made. It was one of the first steps toward a truly culture-generated practice.

What resources did you use to help you scale?

Honestly, it was getting the culture right. I was talking to a doctor about his business model and he told me, ‘I go to the hospital and I talk to all the doctors and I get referrals that way.’ I launched my practice on a completely different model. Mine was patient-oriented, not physician-oriented. I got all my referrals from patients.

When I started, everything was based on print advertising materials and patients. Now, the world is social media, if I want to tap into millennials, or even 30 to 50. So I started advertising with Facebook, and I got an Instagram account. But I would say the majority of our patients still come from word of mouth.

The other thing was the building. Every other doctor was in a doctor's office building and to me that was a missed opportunity. When you go into a shopping center, you see the advertisement of who is there. I had this vision of a standalone office with a huge sign on it that everybody could see, and that actually was a huge part of our growth. Everybody told me I was crazy, but you can see the trajectory. We had the most growth when I opened up these offices with that big sign. I did like an office that looks like two stories, but it really is only one. The only goal of that second story was to put that sign up.

What are some of the pain points of being the business owner?

Do you have partners and do you share responsibilities?

I took on my first partner five years ago and I took on another after that. In the last two years, they've been taking over tasks completely. We’ve been trying not to get involved in each other's responsibilities except for final approval on big things. I gave marketing to one partner and payroll to another, and we have hired managers to take on other things. The main goal for me is to be okay with mistakes. It's not going to be perfect, but I didn't have to do it and that’s worth a few mistakes. That was a hard lesson to learn!